„Everyone is able to find his or her own centre from where on one can move effortlessly and without previous restructuring in the free performance of gravity.” Beatriz Walterspiel

What can Feldenkrais cause?

Dr Moshé Feldenkrais studied physics, mathematics, mechanical engineering and electrical engineering in Paris. He acquired a doctorate in applied physics at the Sorbonne and collaborated with Frédéric Joliot-Curie on nuclear research. He was the first European to have a black belt in judo.

A knee injury because of which he should have undergone surgery in the opinion of the doctors if he ever wanted to walk again got him to finding other possibilities. He knew that an optimal body management leads to power without exertion. During several months’ time he found a way to resurrect and improve basic sequences of movement through carrying out small movements and introspection. Although he has never gone through an operation he learned to walk again. He invented one of the most differentiating methods for improving mental and physical abilities. The physiologist works with artists, sportsmen, children, disabled persons, politicians and many other people who wanted to learn.

The key is awareness. When we want to change something, introspection is the first step for getting there.

The lessons “awareness through movement” are taught in groups. “Functional integration” is being taught in one-to-one lessons. During this lesson the teacher touches and moves the student which causes the nervous system to discover new structures of movement.

Discover with the Feldenkrais method:

The lessons deal with movements of everyday life. Often the students discover in a lesson that they are capable of doing much more than they thought before. These do not need to be spectacular movements, but also an improved turn round, for example as when driving a car, bending more easily when working in the garden or just lying down comfortable in every position are results the students of Feldenkrais explore. When coordinate movements which were thought impossible at first suddenly become playfully easy, a childlike joy develops.

During functional integration, the one-to-one lessons of the Feldenkrais method, the student mostly lies on a table or sits on a chair and is moved by the teacher very carefully. The lesson takes about 45 – 60 minutes and it is recommended to go for a walk and/or to allow oneself a rest afterwards to memorize better the new impulses in the nervous system.

Some students say after a lesson: “It is so wonderful, it is like if my bones where smiling.”

The Feldenkrais method is being used during every form of movement: sports, arts, music or simply improvement of quality of life. It appears to be very successful on people with restrictions of movement through stroke, nervous diseases and much more.

“After a lesson I have always the feeling as if my bones where smiling.” Andrea Cornely (secretary)

“After a one-to-one lesson I’m feeling so light. Everything heavy is gone.” Franziska (musical actress)

“I reach now the last corner of my basement window when cleaning.” Sabine (housewife) 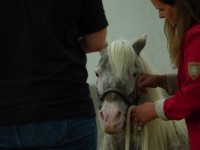 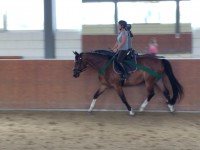